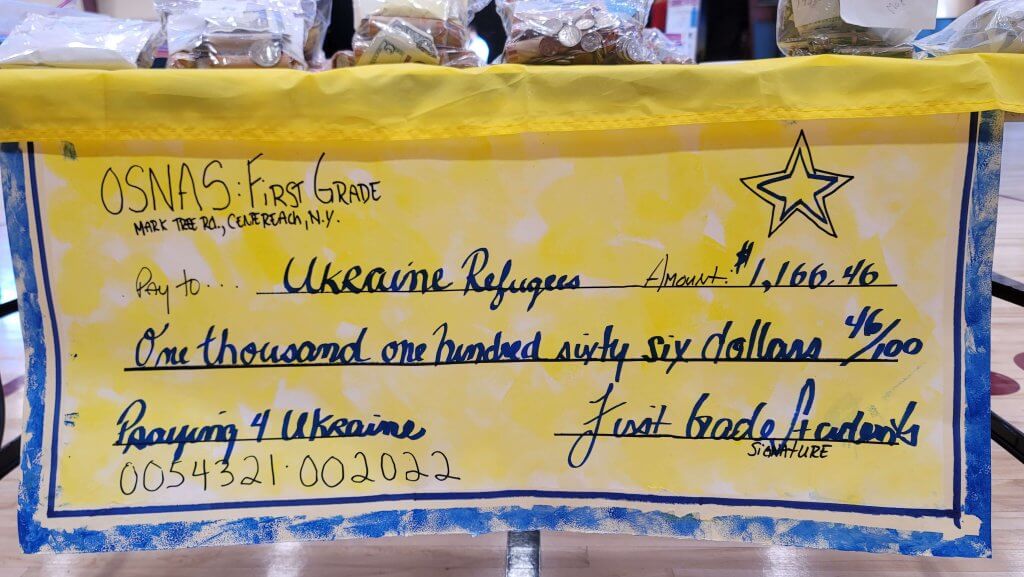 On Wednesday, March 16th, OSNAS students and staff gathered for a special Daily Prayer Service to giving support to the people of Ukraine. It all started with two first graders wanting to start a collection for the Ukrainian people. These two students gave their pennies. Then, with the help of their teacher Mrs Westerhaus, the class invited the school to contribute. Students from all grades brought in their piggy banks and gave up their snacks at lunch to support the cause. During the service, the first grade class announced that it had raised $1,166 for different charities supporting the people of Ukraine. This amount was matched by the OSNAS Music Director, Ray Knehnetsky who happens to be of Ukrainian descent. Even after raising over $1,000, the money continued to pour in from other people whose hearts were touched by the students’ generosity. The total amount raised arrived to just over $10,000. News 12 Long Island visited the school and released a story of the event. You can watch some of the coverage  Here. You can also watch a recap of this event on Youtube Here.

*Look closely at the photo an see if you can make out the word “UKRAINE” in the students who are sitting down. 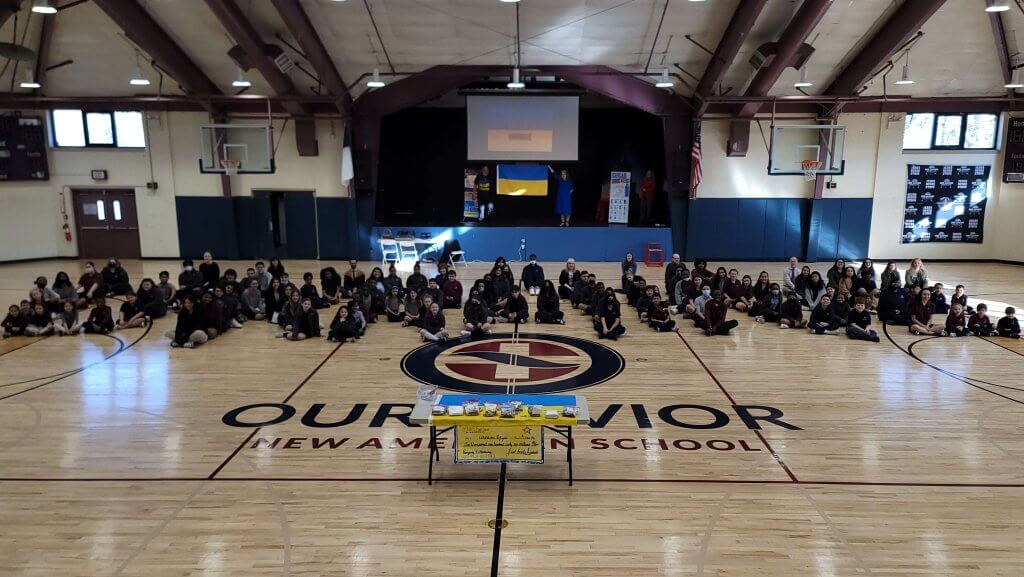 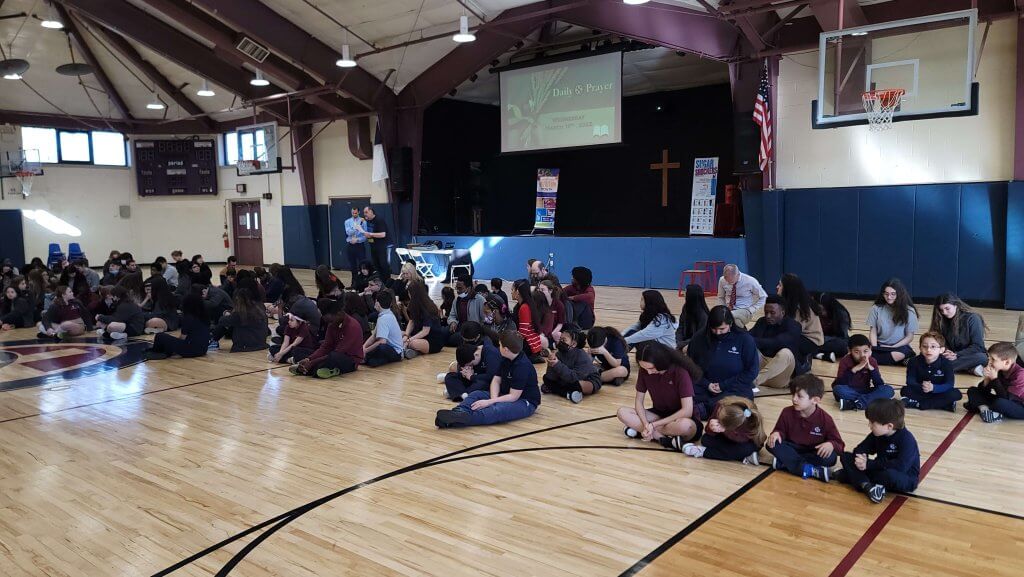